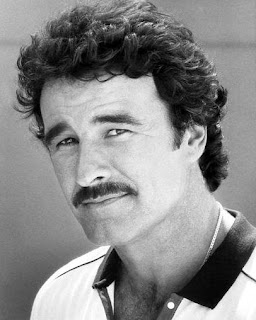 In the 1980s, a rush of handsome actors with thick, dark wavy hair and big, brawny mustaches began to flood TV's airwaves. Tom Selleck was far and away the most popular on Magnum, P.I., but hunky Lee Horsley gave him a run for his money on Matt Houston. Another, who made a brief splash as opportunistic tennis pro Mark Jennings on Dynasty, was Geoffrey Scott. Scott passed away one day after his 79th birthday on February 23rd. We take a moment now to glance at his career and hirsute physique.

I missed the news of his passing, there have been so many already this year. Sad, especially so since he fell prey to a debilitating disease but he was quite a looker in his day. I'm not a fan of those crazy duster/porn moustaches that swept the country in the 70's and 80's but they sure did take hold for a long time.

It was interesting to see his progression from beginning to close. Very representative of so many journeyman actors. I wouldn't say that it's the same for actresses since there later lot, especially for those who never garner real acclaim, is to be relegated to mothers, aunts and noisy neighbors where as men if they age well can at least hope for a silver fox phase.

Thanks for the wonderful bio of Mr. Scott. Also, as a long-time reader, I find that your writing captures the essence of the lives of your subjects, and is always a pleasure to read!

I got an alert on this from FB this week, lol. It's amazing what a change a moustache can make, I watched every episode of Dark Shadows and even remember him, but never connected him with the hot tennis guy on Dynasty. What a honey! those kind of looks got my heart aflutter and his was a popular type on the cover of International Male or other mags that you had to buy in, ahem, bookstores. I even remember the scene in The Morning After. This was a great and of course thorough tribute. I loved all those shows, and think he was even hotter than Dex Dexter. He brought a lot of viewing pleasure over the years. Rest In Peace Geoffrey

Cliffhangers! was such a cool, weird concept for a show, about 20 years ahead of its time. Scott’s story was a take on an old Gene Autry serial. I watched the first episode on YT a month or so ago. Sadly his segment was the weakest of the three. A lot of running around nondescript hallways and the like.

I just saw The Morning After a few weeks ago. It is included in the Criterion app’s Jane Fonda collection. While the film is soso, the best part about it Jane’s hair and clothing. Her hunter green pant suit outfit was a stunner. But Scott was very very memorable as the hot dead stud in the opening. If there were awards for most memorable corpse, he would be a sure second to Weekend at Bernie’s.

He seems to have been “lost in the sauce” of all those dark, curly headed, mustachioed hunks so prevalent in the 70’s and early 80’s. The only one who really lasted was Tom Selleck. I wonder if Selleck did indeed have something a bit extra, or was it his luck in doing “Magnum”? Discuss.
The pic that does it for me is that next to last one at the beach. He just looks so darn healthy and happy, and I much prefer him sans mustache.
Thanks for another well written and respectful bio of a lesser known actor.

Argh! How could I have forgotten Burt! Must have been a one cup of coffee morning.

Joel, mustaches can be kind of icky sometimes (they don't call them "flavor savers" for nothing!) Not everyone can pull on off, either, and a lot of gents tried it during that trend you speak of. It's interesting to look at those trends. When I was a teen, it was all about feathered hair and what some people called a "butt crack" sort of part in the middle. The the bi-levels came in, with some guys growing out the back and perming that!! Now it's like a clone world of bald guys with goatees. Who knows what's next... At the gym, with all the masks on, I sometimes look around and it seems like the movie THX-1138!!! LOL Can't tell people apart!

Dean W, I so much appreciate your compliment! I do try... sometimes my snarkiness slithers in. Ha ha! I'm glad you enjoyed this, and other posts. Thanks!

Gingerguy, I used to love International Male "catalog!" Maybe bought two things over the course of about 5 years.... Ha ha ha!! Then again, I didn't have the target physique for their items. And a female coworker of mine and I used to almost rupture ourselves laughing at some of their more formal wear looks. Wild...!

D. Nomen, I believe it. It's a shame they didn't get a little more creative and adventuresome, even if it had to be on a budget. So many of those sorts of '70s sci-fi shows involve endless hallways!! That was basically the standard, though, until the movie "Alien!" Thanks!!

Ha ha, Shawny!! He did make a great corpse, but I have to still hand it to one Bill Cable as the dead guy in "Basic Instinct." He had no need for leopard print undies...!! What a hunk he was. Another (previously) mustached stud who ought to have been in more movies & shows based on that face of his. Of course, there's that messy scenario with Christian Brando and him which does tarnish his reputation a bit.

Dan, remember when Tom Selleck - without mustache - played Jaclyn Smith's boyfriend on an early "Charlie's Angels" ep?? He was very handsome, but he just didn't fully click until he got that look down pat. He kicked around for quite a time before that. I'm glad you liked this. Thanks!

Shawny and Dan, yes, Burt was the undisputed king of mustached leading men, but he was a movie star in the '70s & '80s and I was talking solely about TV! But then he came back to the tube successfully with "Evening Shade." ;-)

Thanks for this article. RIP, Geoffrey.

Thanks for the tribute to this hairy hunk! I love his rugged looks - I prefer him over Tom Selleck, who really did nothing for me (gasp!)
I remember him from Dynasty; use to go to the bars or friends houses for Dynasty viewings (along with drinks and party favors)! The cat fight in the reflecting pool was a MAJOR event!!!
Stay healthy😀