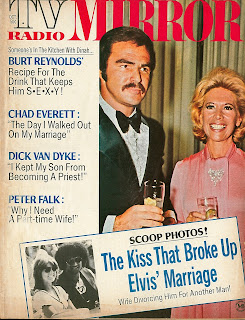 Here we go again with another entertainment gossip rag from Hollywood's past. This one was rescued from an antique store during a recent visit to Nashville, Indiana. We tend to feature 1960s magazines more often than not, so I thought it might be fun to look into one a little bit later, in this case 1972. Burt Reynolds and Dinah Shore's relationship was still in full bloom and was frequent fodder for these magazines. 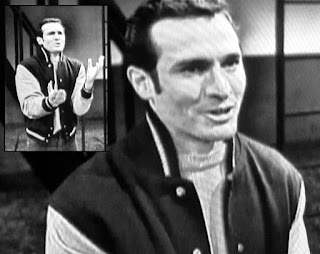 The gentleman shown here is Mr. Larry Kert, the original Broadway Tony from "West Side Story," during a televised perfor- mance from the smash 1957 show. Already twenty-seven at that time, albeit reading younger on stage, he would not be permitted to recreate his role in the Oscar-winning 1961 movie nearly four years later. He was almost completely unable to transfer his stage notability into a movie career, appearing only in the 1965 drug rehab drama Synanon in a supporting role. 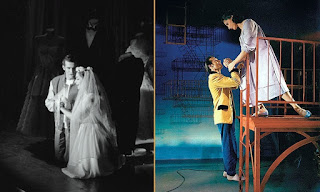 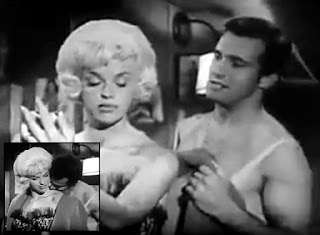 He was, however, able to make some television acting appear- ances in the wake of "West Side Story." There was a 1961 episode of the detective series Checkmate, followed in 1962 by an installment of Alfred Hitchcock Presents. In it, he played a circus performer who is romancing the already-married Diana Dors. The episode is of interest for a couple of reasons, one being that Dors is a magician's assistant who is eventually cut in two, something that occurred five years (and about 20 pounds) later when she filmed Joan Crawford's Berserk! 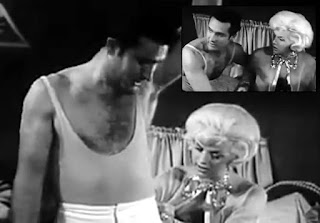 In only one of what seemed a lifetime of unlucky breaks for Kert, the grisly (yet unseen) ending of the episode prevented it from being broadcast on television when the sponsors deemed it too ghoulish. Thus, he was prevented from being seen in this featured bit of acting until later when the episode finally made it to air in syndicated reruns.

He finally appeared on a 1964 episode of Kraft Suspense Theatre in a supporting role, followed by the aforementioned Synanon in 1965. 1966 brought an episode of Combat!, wherein he played a petrified soldier who's being hunted by a vengeful German officer. All during this time he remained active on Broadway, but often in shows that were plagued with either production issues, bad notices or other concerns which kept them from succeeding (including "Breakfast at Tiffany's," which closed in previews.) 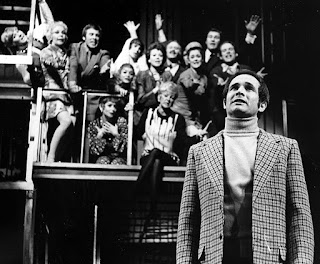 A later show, "La Strada," was cancelled on its opening night. He finally landed a hit with "Company," but only when Dean Jones vacated the part very soon after the show opened. Still, his performance was considered strong enough to warrant a Tony nomination when it was generally felt that only originators of roles were eligible for such. Which brings us (finally!) to the subject at hand today. (I've coined a new term for the way I approach certain subjects with my opinionated, serpentine style: meanderizing! Ha ha!) 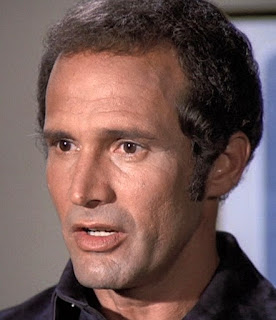 In 1973, Kert was a featured guest star on a fifth season episode of Hawaii 5-O. In it, he played the incarcerated boyfriend of Patty Duke, herself a prison inmate. In what is a rather bizarre and uncharacteristic installment of the series, Duke promises to inform on a far more important criminal who Jack Lord's Steve McGarrett has been aching to bust for his crimes. Duke insists that she and Kert be given immunity for her testimony AND that the couple be given a wedding ceremony in a church, followed by a honeymoon in a resort hotel! Then they will serve brief sentences for some lesser crime of theirs. 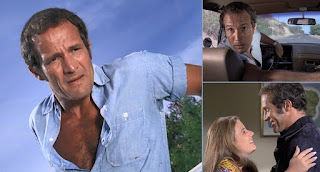 Under constant threat of attack from the primary criminal or his band of henchmen, Lord takes the couple to a guarded, dilapidated church where the ceremony will take place. He even winds up walking the beaming (and pregnant!) Duke down the aisle of the church! Only one outside guest is permitted, a prominent photographer who seizes the opportunity to take pictures of the loony event. 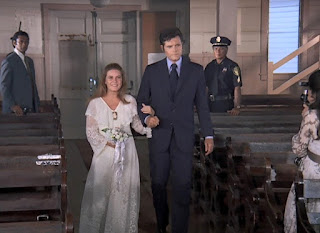 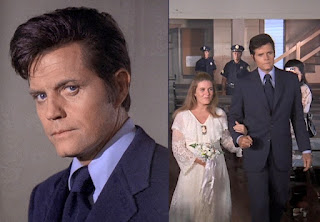 As Lord strolls down the aisle by the photo- grapher, he shoots her an enigmatic look, one of mild derision, as she snaps away endlessly with her camera. Who is this persistent photog? Well, it's almost not to be believed. It's... 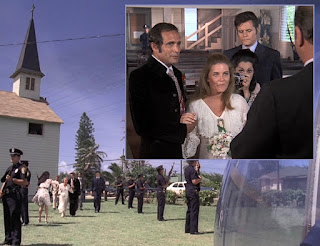 There is no way to adequately describe the lunatic way that Lawrence decides to play her scenes as the photo- grapher. This supposedly cosmo- politan, neo Margaret Bourke-White, relentlessly snaps shots that couldn't possibly be in focus or framed correctly (or in some cases even aimed at her subject.) She resorts to throwing rice in the air out of a feedbag and then snapping pics as it falls to the ground (or into Duke's hair.) Look at the inset. Have you ever seen a wedding photographer position herself the way she does during the ceremony (not to mention the deranged expression!) 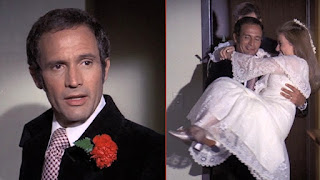 Once the happy couple has made their way to a waiting helicopter, which is spiriting them off to an ocean-side suite, Duke insists that Kert carry her over the threshold. Duke is still stuck in her abrasive, shrill Neely O'Hara mode from Valley of the Dolls (1967) without the campy songs or eye-popping fashions to help diffuse the vinegar. She and Lawrence tag team each other to see who can come up with the highest level of over-emoting, with Lawrence still projecting her expressions to the back row of the Winter Garden Theatre and Duke squawking to the back of the Playhouse Theatre where she played Helen Keller. 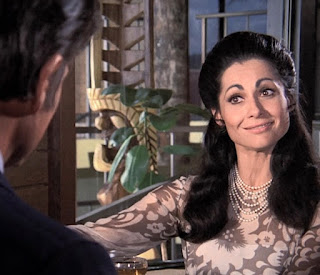 We find out that Lawrence is actually a former lover of Lord, the two having broken up 8 years, 2 months and a couple of days prior...! They start to rekindle the affection they once shared until their dueling careers drove them apart. 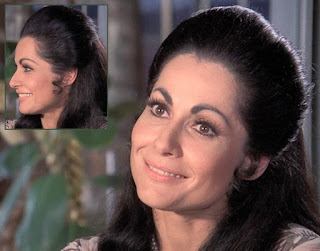 Lawrence's long hair is styled okay, but I wish I could understand her choice in eyebrow makeup and contouring. People carped about Joan Crawford's in 1962 and beyond, but this was now 1973 and they have a life of their own. And no one on set noticed that the heavy face powder had left one of them partly patted down and partly alone, giving her a strangely unkempt aspect in this scene?! 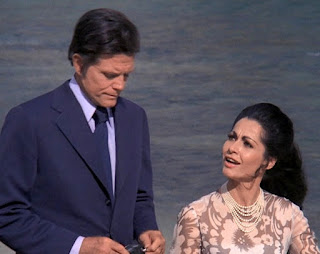 Anyway, Lawrence and Lord take a walk along the shoreline and eventually begin to feel their old fires reigniting. 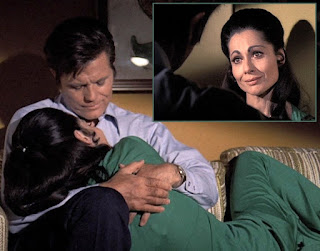 Lord has a hotel room adjacent to the newlywed jailbirds lovebirds and it seems rather clear that ol' McGarrett has gotten lucky! Lawrence is in a new set of clothes and is apparently spending the night with him in his room. 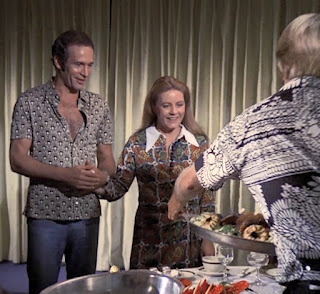 Thing is, in the suite next door, someone is trying to silence  witnesses Kert and Duke for good. Their sumptuous honeymoon dinner, which is literally set afire before their eyes, ("ooohh, flambe!) is accompanied by some deadly cyanide gas! While Lord is canoodling with Lawrence, Kert and Duke are struggling to catch their breath. 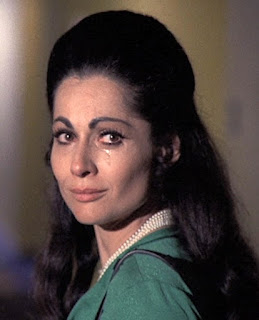 Before the episode is over, things don't end up particularly well for either Lawrence or Kert. (In the interest of beefcake in all its forms, I include below the only shirtless shot of Kert that occurs in the episode.) The real crime, though, is that the makers of Hawaii 5-O neglected to arrange even one fleeting scene between these actors apart from the frenetic wedding photography. 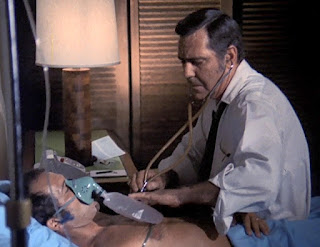 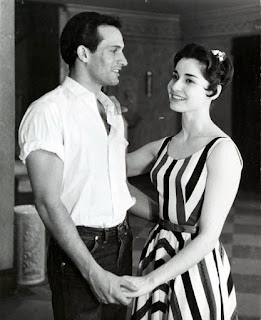 I mean, it's frigging Tony & Maria, fer chrissake!! The director couldn't find one teensy way to have them share a fleeting moment together? Maybe she drops a roll of film and he picks it up for her or she stumbles and he helps make her right. Anything?! Their casting is presented completely free of any irony or nostalgia. The same thing happened once on Partners in Crime, in which costars from The Bad Seed, Eileen Heckart and Patty McCormack, were in the same episode yet shared no scenes... 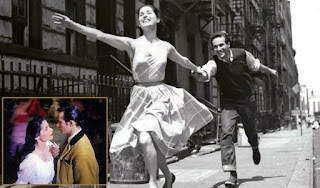 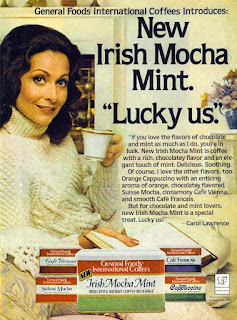 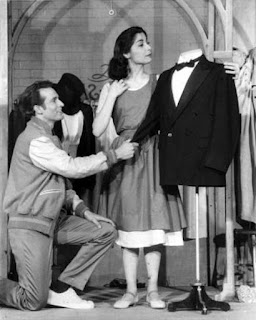 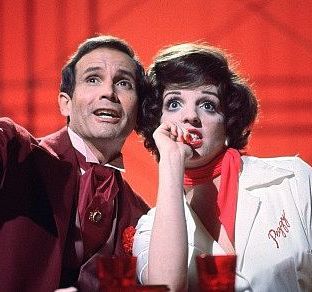 Kert, on the other hand, continued to struggle with work outside the stage. He did a bit more TV, including the miniseries Rich Man, Poor Man - Book II before landing a part in a Martin Scorcese film. In 1977's New York, New York, he played the leading man in a film-within-a-film opposite star Liza Minnelli. However, in what by now seemed like a bewildering pattern of misfortune, the over-long film was shorn of his 11-minute sequence prior to release. (It was later put back in, well after the movie had flopped at the box office.) 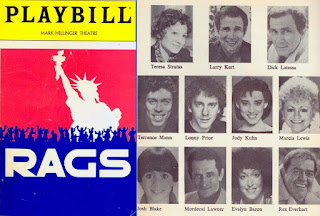 Though he continued to work on Broadway, the projects ranged from marginally successful to downright disastrous (1986's "Rags" closed two days after it opened.) Nevertheless, he still retained a marvelous voice which he sometimes was permitted to show off at concerts and during awards shows. Here, his dear friend Chita Rivera introduces him to sing "Maria," more than thirty years after he introduced it and here a positively regal Angela Lansbury introduces him to sing "Being Alive" nearly twenty years after he had performed it nightly. He was fifty-nine and still sounded terrific. The song choice wound up being terribly ironic. 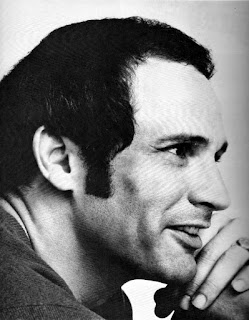 The following year Larry Kert would be dead of AIDS at age sixty. He was one of many remarkable people in the performing arts to have fallen to the scourge of the 1980s (and beyond.) He had more than a few tough breaks and is hardly a household name to most folks, but he did leave a mark and was noted by many of his peers as having been one of the nicest people in the business. Considering the way some people behave in order to get ahead, perhaps that was one of the problems.

None of us truly knows what lies in store once we pass from this earth, but I do hope that Larry Kert found a peaceful and wonderful place "Somewhere."
Posted by Poseidon3 at 10:43 AM 6 comments: