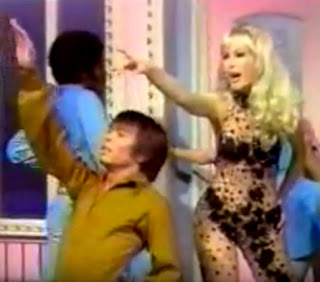 They say variety is the spice of life? Then I have a few spice girls to show you today. This post started out as a visual tribute to the sometimes elaborate hair of female guests on 1960s variety shows, but soon evolved into a general appreciation of the whole package: the carefully coiffed 'dos, the elegant gowns, the sparse yet glamorous sets, colorful lighting, etc... For the most part, variety shows (ala The Ed Sullivan Show, Hollywood Palace, etc...) are dead now, but in their hey-day one could spot a lovely lady coming out on stage all decked out and singing a song or dancing. Like many folks, I love scampering through youtube and coming upon things like this. Bless the people who take care to upload them. Sometimes it's amazing, sometimes less so, but they nearly always LOOK interesting! Ha ha!  I've attached links so that you can witness the performances yourselves should you wish to. 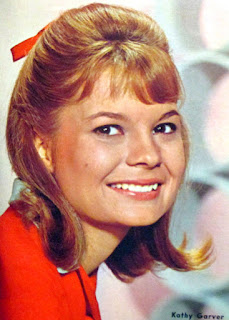 I'm afraid I've gone and recorded yet another podcast. This one is special to me because it constitutes my very first "celebrity interview!" I was asked to co-host an installment of "True Stories of Tinseltown," one of the podcasts on which I was once a guest myself, as child actress Kathy Garver was brought on for an interview. 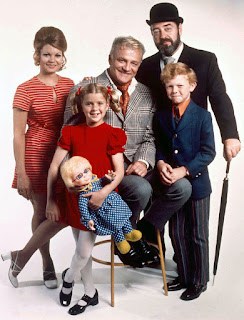 Garver, who is likely best-known for her role as Cissy Davis on the sitcom Family Affair (1966-1971), enjoyed a startlingly lengthy career as a performer which continues to this day. Dancing away on stage at age three, she proceeded to roles on television and movies opposite many of the top stars of the day. You will be surprised at some of the people she rubbed elbows with over her career as a child actress and - fortunately for us - she has a very good memory. 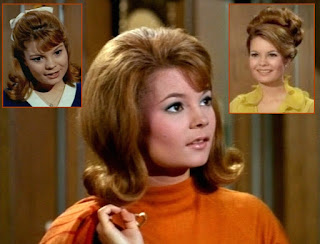 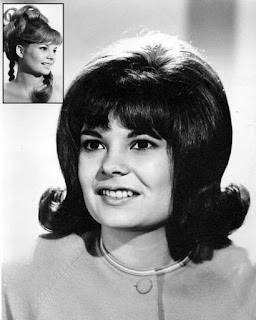 At the time of the recording, I was STILL battling a serious upper respiratory infection (but there was no way in hell I was going to miss the chance to take part!) Also, because there were three of us, there are times when we sort of step on one another, mostly at first. And I, uncharacteristically I think, seemed to have a higher number of "uhs" and "ums" than I usually do when speaking publicly... I'll blame the meds and also my excitement and enthusiasm over chit-chatting with a famous person. 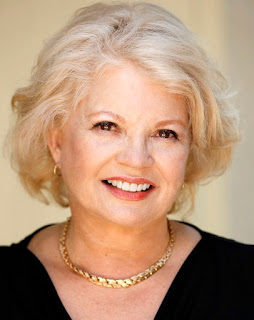 Miss Garver is now seventy-two and is exceedingly charming, well-spoken and captivating to listen to. I know that even if you were never a fan of Family Affair, you will find her recollections and reflections on the people and projects she was involved with to be refreshing and interesting. I took pains to come up with questions I thought she might not have been asked before in her many previous interviews and it seemed as if she found that refreshing (I felt that it showed in her voice and remarks.) 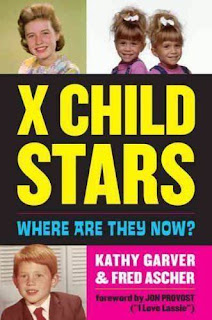 She is the author of a few books (an autobiography, a book on former child performers and now a cookbook) and remains highly active as a guest speaker and also as an actress in various independent projects. 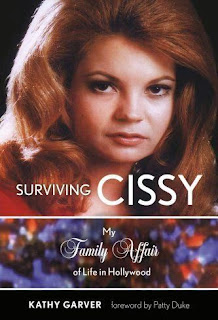 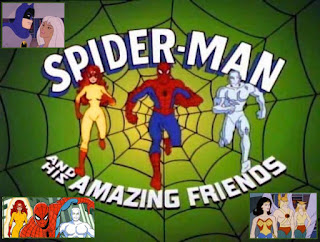 The fact (which I did not have time to mention or ask about) that she provided the voice for Firestar on the animated Saturday morning kids series Spider-Man and His Amazing Friends as well as those of Rima the jungle girl and Hawkgirl on The Super Friends has assured her a spot at various Comic-Cons as well. 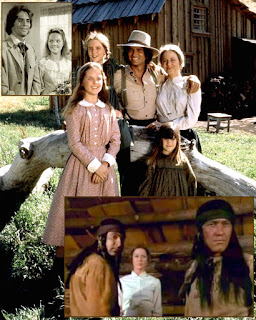 After the interview with Ms. Garver ends about 30 minutes in, we continue to flap our gums about Family Affair, Anissa Jones, Kym Karath, Little House on the Prairie, vintage daytime soaps, etc... If you listen, I hope you enjoy it. Here is a link to the recording. 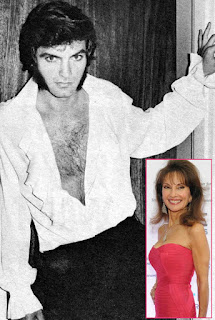 Pop Quiz: Trekking on with the Celebrity Name Chain 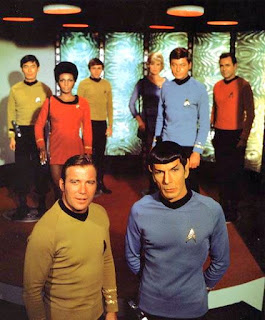 Yes, I know I just did one of these. Thing is, I've been out of commission a bit as of late. Some (non life-threatening) medical issues along with an avalanche of work have kept me sidelined and unable to put up the sort of posts I would prefer. As I was doing the original Celebrity Name Chain Pop Quiz, I found that, with two exceptions, I could perform the task on virtually everyone from Star Trek (now annoying called "Star Trek: The Original Series" to differentiate it from all the redux that have come in its wake.) With apologies to Majel Barrett and Nichelle Nichols, we proceed onward with the rest of the cast. We don't feel too guilty, though, about Nichols since she actually has her very own tribute on this site already! If you don't know, you guess the first person pictured's name and their last name is the first name of the second performer. (Or vice-versa) Thus, a name chain. Obviously, a working knowledge of the performers' names is key so it will be tougher on non-fans of the show. I learned my lesson, though, and have added some hints this time. Now let's load our photon torpedoes and beam down to the brief quiz!

1. Here we find the original Captain of the U.S.S. Enterprise from the pilot (and later edited into a two-part episode of the series), Christopher Pike paired with the soap opera actress who famously took on Aaron Spelling (and won) over being fired from Melrose Place prior to filming her role because she was pregnant. 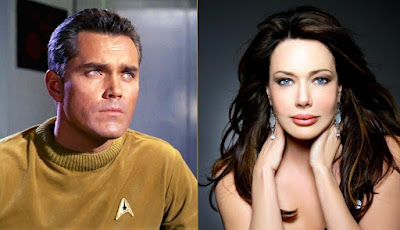 2. Next up is one of the early-1930s' most popular actors, famous for portraying questionable gentlemen in a number of racy "Pre-Code" films and later for portraying the attorney-sleuth Perry Mason in a series of movies, long before Raymond Burr scored a hit on television. He's paired with the famous principle star of Star Trek, who played Captain James T. Kirk. 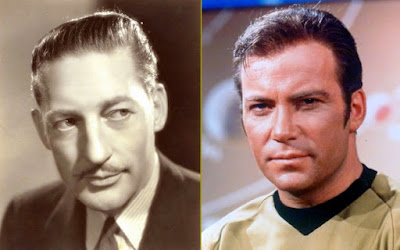 3. The youthful man on the left made an impact in the cinema during the late-1980s and early-'90s before later landing a lengthy role on a prime-time TV medical hit (from 2004-2012.) His counterpart is the famous Mr. Spock, an emotion-free Vulcan on Star Trek. 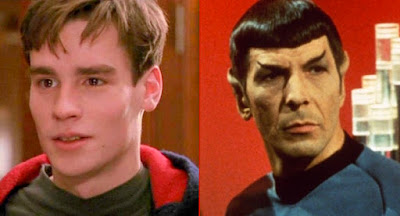 4. Oh, if you're a fan of David Letterman you might recognize the man on the left as Larry 'Bud' Melman, but, you see, that was not his real name. That was just a character he played during his many appearances on Late Night with David Letterman. He's paired with the cantankerous Dr. Leonard McCoy, who retained his homespun attitudes despite having been launched into space. 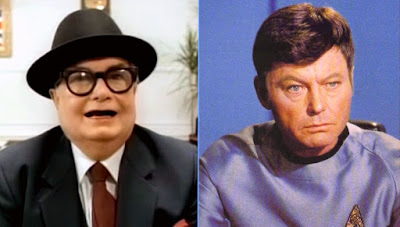 5. Famous as one of the rare Dynasty cast members to appear in its initial episode up until its finale eight years later (with an interruption to star in his own spin-off series) is matched with Mr. Scott, chief engineer of the Enterprise and not only named Scott, but portrayed as a Scot with the actor providing an accent that many people believed was his very own! (It wasn't. He was Canadian!) 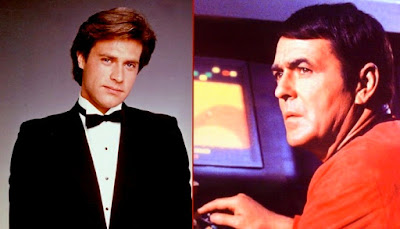 6. This British blonde was the leading lady in several sexually-charged movies of the 1970s. She departed the biz for the most part after marrying a handsome fellow actor in 1984, though he died prematurely in 2010. Her name game partner is Enterprise helmsman Mr. Sulu, who has recently found a whole new level of fame as a humorist and activist. 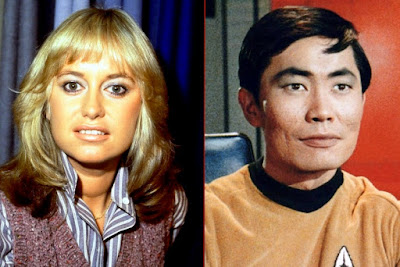 7. Initially intended to be a regular, Yeoman Janice Rand (of the famed beehive hairdo) was fired after about a dozen episodes over personal and physical issues. Probably only fans of the 1960s sitcom Hazel will know the second actress's name, though she is also known as the mother of Meredith Baxter Birney (neither last name giving anything away.) When Hazel changed networks, she and her screen husband were let go. 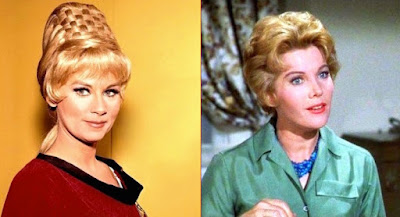 8. The lady on the left was a popular actress of movies and TV in the '60s and '70s. Later, she found a whole new raft of fans when she turned to alcohol-tinged comedy on a sitcom with a devoted cult following. The final Star Trek cast member of this quiz was added in season two to bring in some of the teen fans who loved The Monkees. He, Mr. Chekov, was even given a Davy Jones-ish wig at first before later getting to use his own brunette locks. 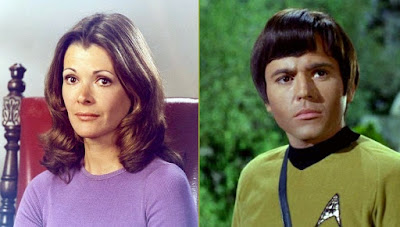