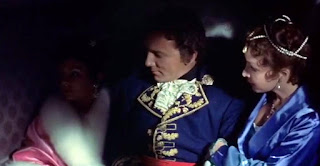 Today we're offering up another one of those fascinating instances in which a costume piece was reused after its initial purpose. We especially enjoy these when they have something to do with particularly favorite movies of ours, as in this case. First, though, we must travel back in time to the Napoleonic era. The 1954 movie Désirée told the tale of a rather simple young girl who falls in love with Napoleon Bonaparte, but is crushed when he winds up engaged to the extravagantly wealthy Josephine. In the photo shown here, deliberately in shadow, the girl is all gussied up as she heads to the palace to see Napoleon and Josephine for the first time since their marriage. 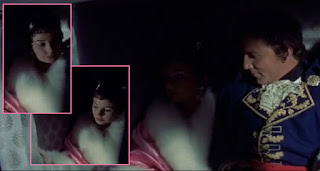 After she pulls the carriage drapery aside, we can at last get a better look at the title character, Désirée, as portrayed by Jean Simmons. Her cotton candy pink satin cape with white fur trim is the piece in question for this post. 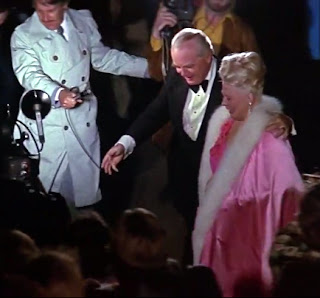 The throngs of people shown above are all gathered near the red carpet in order to celebrate the gala grand opening of the tallest building in the world, The Glass Tower. Yes, the movie is 1974's The Towering Inferno, a disaster blockbuster which was so gargantuan it required (a historic) two studios working together in order to make it. Warner Brothers and 20th Century Fox (the makers of Désirée) teamed up for the project. The arrival of San Francisco mayor Jack Collins and his wife Sheila Matthews (soon to be Sheila Allen) is when we at last glimpse the cape.

Anyway, this concludes our presentation on the pink satin cape with white fur trim which diligently did its duty in two films made two decades apart from one another. By the way, I tried desperately to somehow connect the two, either through Jean Simmons and Sheila Matthews or any other way, and the best that I could do was take note that both Matthews and Simmons' carriage-mate Cameron Mitchell had roles (not together) in Viva Knievel! (1977.) Matthews was a nun running an orphanage and Mitchell was a bad guy! LOL (And no, I don't think that's Debbie Reynold's habit from The Singing Nun, 1966, that Matthews is wearing!)
Posted by Poseidon3 at 3:55 PM 11 comments: 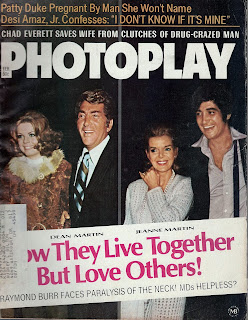 We've unearthed another Fun Find, a vintage magazine from a slightly unusual year for us (we tend often to gravitate to either 1960s mags or late-1970s as a rule.) I was a mere child of three and a half when this was published, so it's just before I had much consciousness about the stars, though I've since made up for that with endless TV & movie viewing and voracious reading! Let's see what the entertainment landscape was like in (pre) February of 1971! (Oh, and a little shout-out to subscriber Audrey Belton... LOL!) 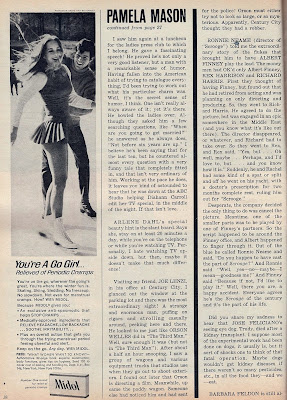 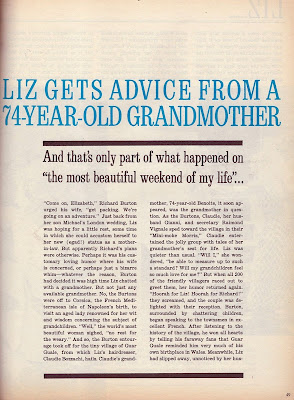 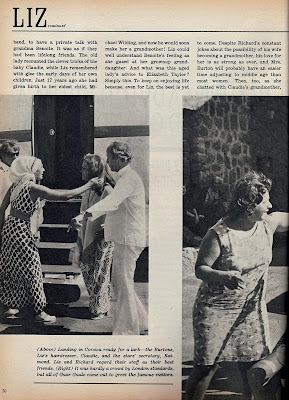 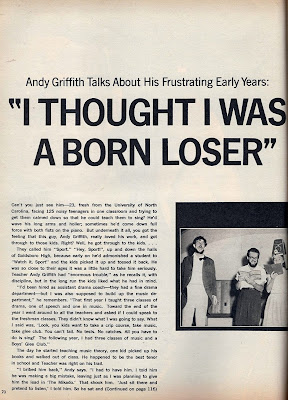 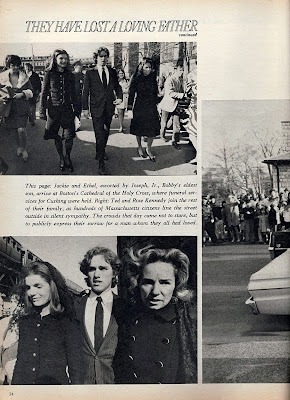 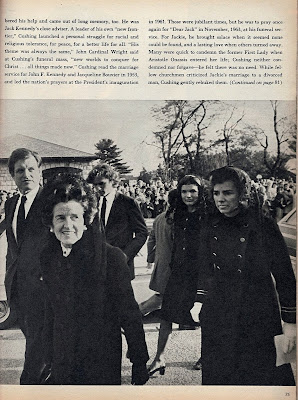 You're never going to see a "tribute" here to alcoholic murderer Gig Young, but I did want to share some photos of him as a young man when he held such promise. It's a shame that his life went off the rails the way it did. For so many years, he'd been a genial and well-liked person in Hollywood, but clearly grappled with some internal demons. 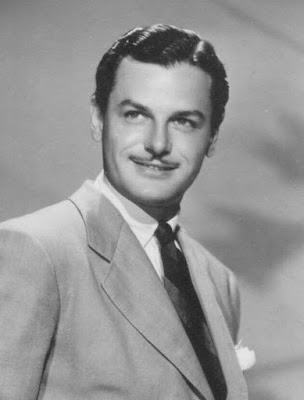 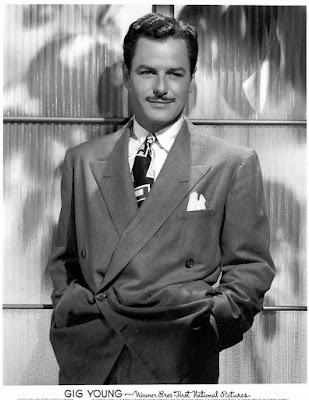 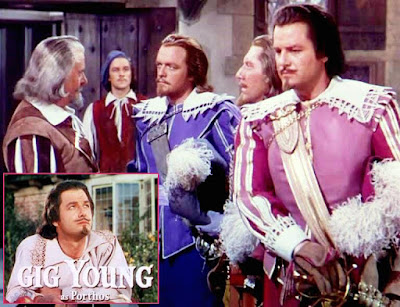 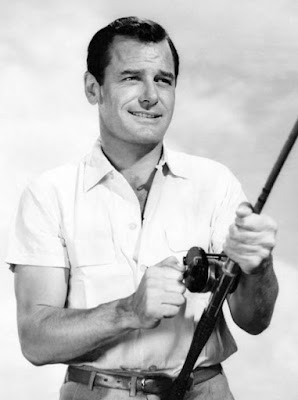