Poseidon Quickies: Betting on "The Gambler" 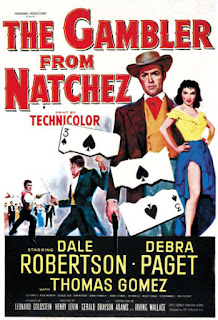 Another in a string of movies I've taken a chance on for decompression viewing during this year is 1954's The Gambler from Natchez. I opted to record it because it stars one of our hunks from movies and TV, Dale Robertson and had an interesting supporting cast as well. I'll be pointing out a few tidbits of interest about it, though my plans for a "big reveal" fell completely flat as I had to confront the fact that my memory is not what it used to be... Ha ha! 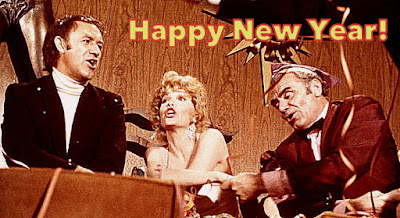 Preunited: And then there's Stan...! 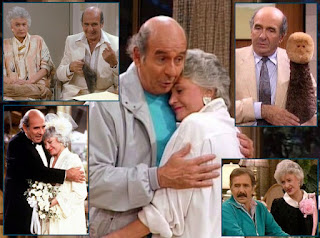 Among our very favorite TV sitcoms is the 1980s wonder The Golden Girls. (I'm hardly alone. The show has been in constant rotation on several channels for decades now, though I prefer watching the DVDs over the heavily-edited renditions that are currently shown. Sometimes entire scenes are cut out!) Bea Arthur as Dorothy Zbornak had a hate-love relationship with her ex-husband Stan through the course of the series, with comedy veteran Herb Edelman making two-dozen appearances along the way. The couple, having split after "38 years of marriage," went through varying degrees of antagonism, affection, alienation and even a near trip back down the altar once more! The chemistry between Arthur and Edelman was palpable and Edelman's 6'5" stature went a long way in making them a visually compatible couple as well. (Likewise, this lent comic leverage when he was put in his place by the diminutive Estelle Getty as Dorothy's mother Sophia.) 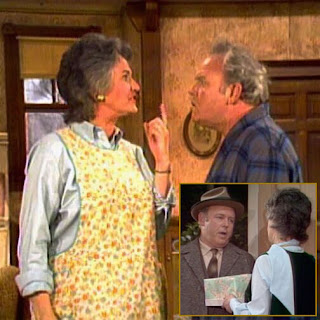 Arthur was a Broadway vet who parlayed a thunderous guest appearance on All in the Family into a series all her own. Called Maude, she was a force of nature, espousing socio- political viewpoints at the polar opposite of Carroll O'Connor's Archie Bunker. And while Maude wasn't the runaway success that All in the Family was, it was a considerable hit and ran for six seasons. 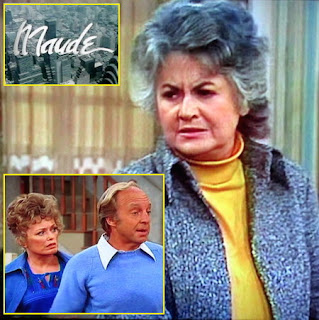 During the third season of Maude, Arthur was promoted to office manager at her real estate company. This was at a time (1974) of the women's movement for equality in the workplace, when it was common- place for females to be overlooked for promotions, not to mention comparable wages, raises, etc... Having accomplished the impossible in winning the spot, Arthur is distraught at the prospect of overseeing her male coworkers. Faint reassurance comes from her family as well as from best friend Vivian (who was played by Arthur's future Golden Girls costar Rue McClanahan.)