You Say the Dow is Low? 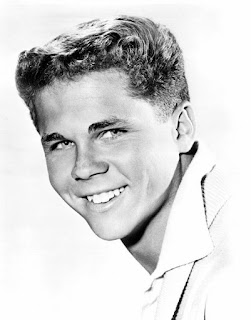 I'm not so sure...! Things might be pointing upward. A recent perusal of pics featuring one Tony Dow during and shortly after his days on the famed situation comedy Leave it to Beaver (1957-1963), show one rather cutie-patootie who had an athletic physique (thanks to his stint as a Junior Olympic diver) and some seriously luminous eyes. No, we're not into boys (he was twelve when the show began), but by the time the show ended and he was eighteen, he'd grown into quite a looker. Unfortunately, not long after that, he spent three years in the National Guard, which sidelined his acting career. He did return to acting, but never to the same amount of hullabaloo he'd garnered as Wally Cleaver. 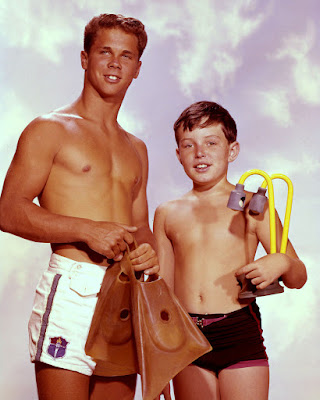 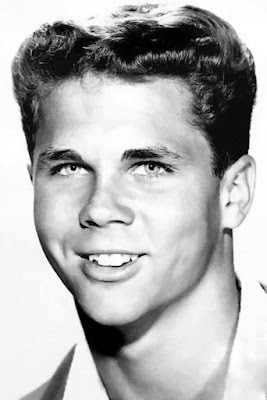 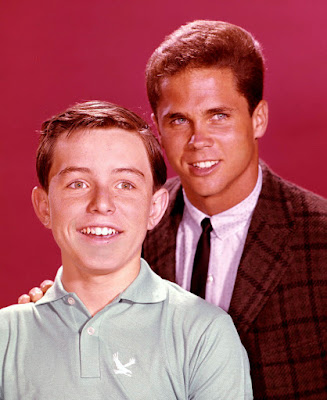 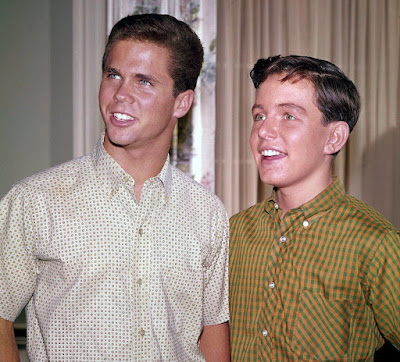 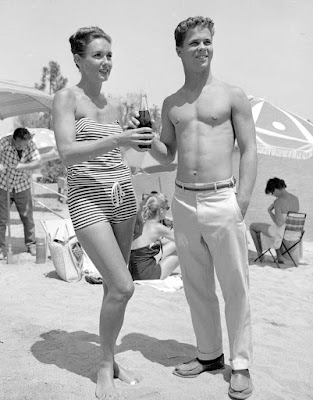 MeTV has been showing "Beaver" in order of original broadcast. Interesting to see what a quietly attractive young man Mr Dow grew into by the end of the series. (And how he filled out the rear of those khakis!) It is a shame he didn't do much later. It would have been nice to see him in his early 30's when I think most men are at their sexiest.

He became a sculptor.

he was the reason to watch LITB :) one of my favorite episodes was, i'm sure a later one, had wally "involved" with an 'older' female and as i recall getting his heart broke, there is also a tennis match involved ~ back in the day, i was really swooning over him watching this one episode (his 'coming of age' episode as it were for innocent 1950's tv) enjoy watching it if you can find it - i'm sure it's not as good as my memory tells me it was/is but he is very cute in it :)

David, that's a very good question! But the funny part is that, in my haste, I accidentally read your comment as "Why is it that we could see Wally's Beaver" the first time! Anyway... probably just the usual double standard regarding men and women (though, strangely, in the movies, it was so more common for women to be naked rather than men.)

D ODay, that's when I prefer men, too! I like 'em fully cooked. Ha ha!

Love watching Leave It To Beaver on MeTV, and Tony Dow was the perfect big brother. Would that life really was as simple as that show makes it appear. Thanks for providing us with a wonderful tribute to such a wholesome all- American guy.

VictorG, thanks! I'm glad you liked this. I know I sound idiotic/naive, but I feel like I might have to take this post down at some point because it's viewed as (to use a pc phrase) "problematic" by some people. I promise I'm not a pedophile and I hope everyone understands that! I just thought he was a very attractive guy who grew into an even more attractive young man. I wanted to shine a little light on him. (The older pics were the ones that began the whole thing, but there were so few I went backwards to fill out a post's worth.) And, yes, I almost always sneak in snarkily inappropriate comments when I can. That's just me. The world is very clenched these days and it doesn't take much to strike a nerve with some folks... :-]

just an FYI: the episode i spoke about in my previous post is the season 5 premiere (s5;e1).

It's called Tennis Anyone? And it really shows Tony's legs. He's around 17 at the time.