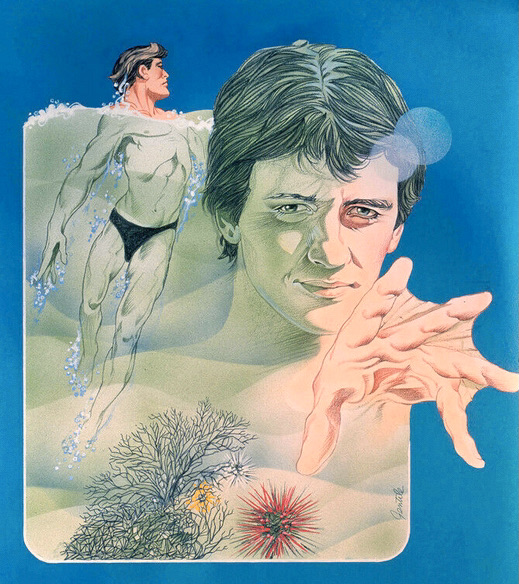 You know, I really pride myself on having unpredictable content and coming up with surprises along the way; unexpected subjects that seem to pop up out of left field. But lately I seem to have fallen into a definite pattern, spinning my wheels like a bald tire during the height of a Detroit winter! Ha ha! I've been caught in the continuing spiral of a whirlpool of 1970s sci-fi television. So here we go again with a photo essay on a show I never, ever watched during its initial run, but which recently caught my (roving) eye. 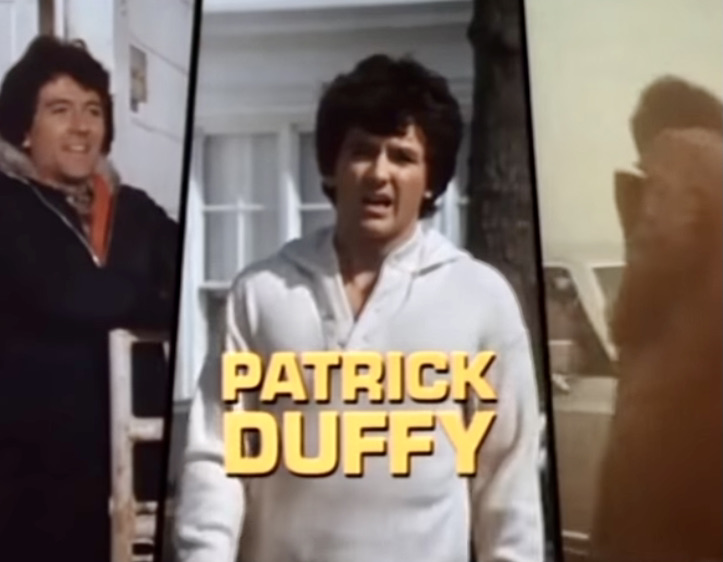 When the prime-time soap Dallas premiered in a five-part miniseries in April of 1978, revitalizing the genre and emerging as "must see" television, one of its stars was young Patrick Duffy. Heretofore only having done bit roles and TV commercials, Duffy had been given the lead in his own television series, Man from Atlantis, the year before. Thus, viewers who were attempting to become familiar with Bobby Ewing on Dallas were also (possibly, since there weren't too many of them!) seeing him wriggle around in the water on Atlantis, which aired through June of '78! It was only the premature cancellation of Man from Atlantis that freed Duffy up to portray Bobby, a career-defining role on a staggeringly successful show. I watched Dallas from its inception, but for whatever reason had never once seen Man from Atlantis. Until last week...! 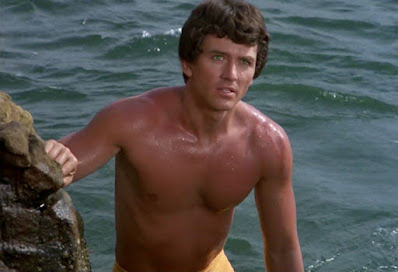 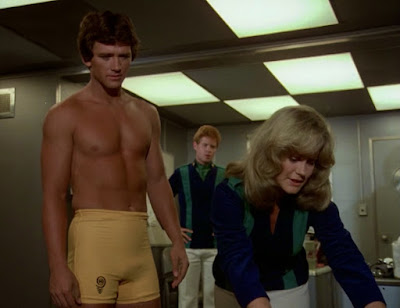 Love this post! Not only did he get more tanned as time went on, but he got beefier too! The yellow trunks weren't bad, but they don't hold a candle to the black/navy speedos of Dallas. I was also reminded of the shower scene in Dallas (and rewatched the scene on youtube, and boy, Victoria Principal could be a terrible actress.)

PS - Noticed that picture of Ted Neely, and just yesterday heard music from Jesus Christ Superstar on the radio, and tried to remember which actor who played Jesus. And there he is in this post!

That TV guide article has a spelling error and a run-on sentence. Haha. Never saw any of the shows referenced. But I never knew there was a show from back then that had the lead actor shirtless for most of the time. Very surprising. I love underwater photography, though the ocean depths are one of the scariest things to me. Wonder if the show had any significant underwater scenes. Or was he on land most if the time?

Duffy admitted he had to cheat in order to get the role. During the audition he wore a tight sweater with fake muscles underneath. Only after he found out he got the role did he start seriously working out.

You "elevate" the material Poseidon, Sub Mariner is my type except for the queeny eyebrows. And the fountain scene looks like the east side club for men here in NY (from what I hear anyway). I like him with longer bushier hair, so sexy. All of these sci fi shows were catnip to young kids, I seem to remember this was NBC but could be wrong. I am probably the exception in that I watched this but never saw even one episode of Dallas!

Shazam, Logan’s Run, now Man From Atlantis, somebody has discovered Tubi lol. Loved this nonsense as a kid, have been having a blast revisiting it.

A, as I was researching this post, I came across PD's "Pioneers of Television" interview in which he describes that whole shower set-up in detail. It was quite a feat, bringing Bobby back to "Dallas" but it pissed off a number of fans (not to mention cast, who sort of got shafted in the end by having their work turned into a dream!) BTW, I was STUNNED by how short and small Ted Neely was on "MFA." And I'd seen him in
"JCS" on tour! They must have cast that whole show with diminutive performers.

Shawny, Duffy was in the water a fair amount, though I'm sure they reused footage for time/money's sake. He really ought to have gotten and Honorary Esther Williams certificate for being underwater as long as he sometimes was, eves open and no bubbles. !!

magusxxx, I had forgotten about that! Heard it once long ago. He clearly got going on his workouts right away! Thanks.

Ha! Gingerguy...! I do believe this was on NBC. That may be why I never saw it because I was a total ABC kid with the occasional CBS show. Parts of "Dallas" were just wonderful! By the time it ended... ick. But I did like much of the reboot a couple of years back. Only Hagman's death wrecked it. Thank you!

F. Nomen, you are correct. What's better is that I can bring it up at work and see the show's in beautiful detail on my monitor. I always liked Tubi, but as of late I just love it!

The black actor behind Belinda Montgomery in the first photo and at left in the pool shots (actor Ernie Hudson and stuntman Bob Minor were the other two black actors) was openly gay competitive bodybuilder Jim Morris.

The blondish guy at the right in the first photo and in the foreground of the pool shots was competitive bodybuilder/wrestler/actor Ric Drasin, who was involved with Gold's Gym (he even designed the famous logo).

Drasin and Morris had recently been two of Mae West's muscle guys in SEXTETTE-- they're both in a widely-published group shot with her-- and both had posed for Colt Studios and done loops.


I remember watching MAN FROM ATLANTIS a few times during its short run, but I didn't watch a lot of TV during that period, so I wasn't a regular viewer. I do remember the webbed fingers and "dolphin kick" swimming move (that I tried to duplicate).

Even though I'm a big comics geek, for some reason I had never thought of it as an attempt to *sort of* do Sub-Mariner on TV (along with Spider-Man, Hulk, Dr. Strange and Captain America)-- but man, it should've been obvious.

There was definitely a boom in that sort of programming at that point, so I assumed it was just one of those shows like MANIMAL or LUCAN, where they tried to do an "original" superhero.


This was a great look back at the show-- as always, so much fun! Thanks for framecapping and presenting this! Be well and safe, everyone!